If you asked german veterans what the most reliable vehicle was in the war, you often got a quick and interesting answer:
The horse! 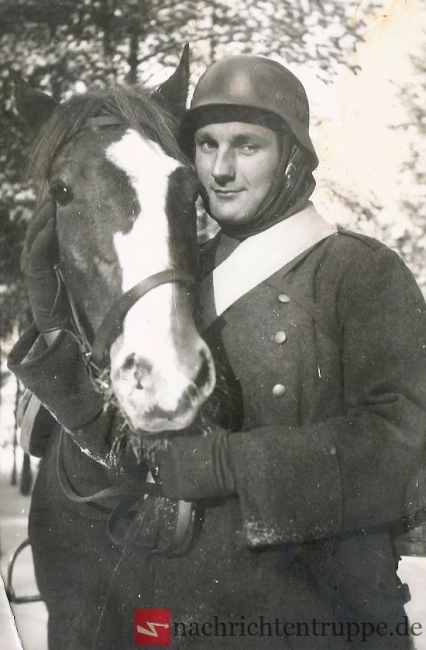 Let's define two important terms that where used within the Wehrmacht:

The name of the unit, in this case "Nachr. Ers. Abtl." is for many collectors easy to read. This example is the Nachrichten Ersatz Abteilung 33 (signals replacement detachment 33).
The addition (mot) stands for "motorized". But why was this term used separately?

The answer is quite simple: The german Wehrmacht was not, as often believed, a fully-motorized army. In fact a large part of the medium and heavy equipment was transported by horses and field vehicles!

In addition, many soldiers served as cavaliers, regarding to their military scope.

Of course the motorization of the Wehrmacht had a high priority and therefore it was steadily expanded with the ongoing progress of the war, despite ever less existing resources.
But just in the first years of the second world war a lot of the units were completely stringed. These are facts that are very often unknown today and overlooked. Horses are frequently equated with obsolete armies. Many people imagine the Wehrmacht as a fully-motorized army that advanced with tanks and vehicle columns in an extremely speed (and later backwards). Horses would have only disadvantages with such a thing...

In fact horses had by no means only disadvantages! Horses had immense advantages for reconnaissance divisions, the artillery, the signal corps and also for other armaments - depending on the type of application! For example, horses are much more agile in wooded, cramped terrain.
In the Russian winter of 1941/1942, the horse was as a faithful companion for the german soldiers, where many vehicles where broken by up to -50 degrees Celsius. During the thaw, the horses got their way through the muddy roads as fast as the most vehicles. An act of strength for soldier and beast, who demanded many sacrifices!

From the second half of the war in 1942/1943, the progressive motorization gradually replaced the horse.
Nevertheless, horses were still an integral part of the Wehrmacht! The cavalry incidentally shrank over the years. Many cavalry unions were reorganized into reconnaissance unions or integrated into the Panzerkoprs (tank corps). Nevertheless, up to the end of the war, there remained 7 cavalry divisions, which rendered an important service within the armed forces.
Small reconnaissance vehicles and bicycle squadrons crossed the former image of the cavalry.
But here it has to be stressed again that horses were found in all groups of troops! The use of horses was absolutely not limited to cavalier regiments! Horses belonged to the german army just like the soldiers. They were firmly integrated into the troop!

Horse and Horseman were also an integral part of the Nachrichtentruppe, although the motorization rightly extended in the signal units.
Radio systems are very heavy and a radio room, in which the radio operation was maintained also on the journey without problems was immensely important for the Nachrichtentruppe.
Horses were therefore used more for transport than for the operation of radio or telecommunication systems. There was no field car for large broadcasting stations, but small to medium-sized telephone- and radio cars.
In addition, there were several cavalry signal detachments until the end of the war.

At the beginning of the war, some signal detachmants had just a good number of field wagons. Signal units were equipped with three types of wagons at this time:

The cavalry equipment of the Wehrmacht represents a large thematic area, which has not yet been fully worked out. In the following contributions, this topic will be further discussed and explained. 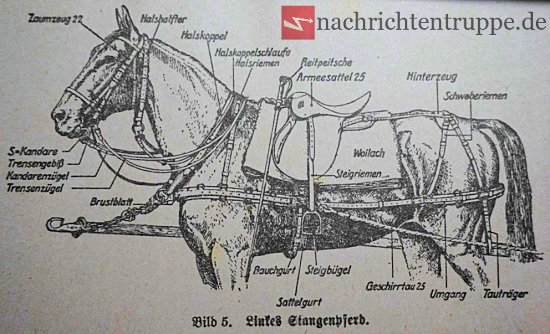