All projects that have a connection to my family have a special significance for me.

One of these projects is the project "Vitebsk 1944 - A german infantry Funker equipped with Feldfu.b1".

Vitebsk in August 1944. The Wehrmacht is in heavy defensive fights around Vitebsk.
The 2nd Battalion of the 101st Grenadier Regiment is right in the middle of it. My grandfather was served here at that time as an infantryman and radio operator.

As with many soldiers, the war had also left deep wounds on him and so he told - if at all - only fragmentarily from these difficult time.
There was one thing about what he talked very often: The Vitebsk poket. In mid-August 1944 he came - badly wounded - in Russian captivity. A hopeless situation. On the one hand, he was glad that the war was over for him, on the other hand, he was rightly dreaded by the Russian captivity, from which he came out in 1946 emaciated and malnourished home. 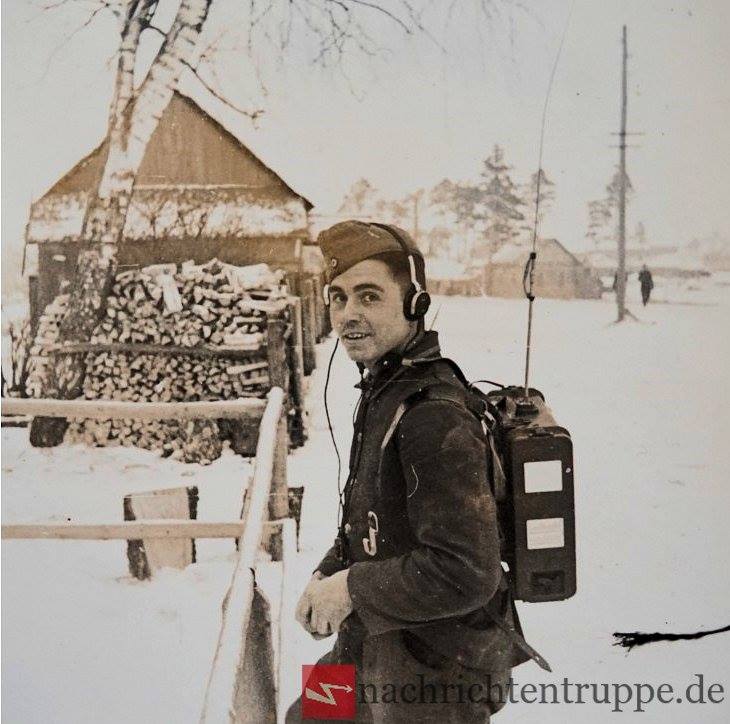 Soldier with a Feldfu.b in Russia - On this photo you can see the early Steckantenne (80cm)

In this project I would like to build a soldier and radio operator of the Grenadier Regiment 101.

For this I first created a list that shows what exactly is needed to build the mannequin up.
The main question is: How could the soldier in this place have been equipped at that time? I would like to cut the whole project in three areas:

I know that my grandfather's unit had heavy and lighter portable radios. Since it is a grenadier regiment in 1944 all Torn.Fu.- and Feldfu.b(c)- variants are possible. In this project, I would prefer to choose a Feldfu.b1. To find such a Feldfu.b1 is the one thing, but one to complete the other.
The nice thing is: I still have a complete set. But more about this in the equipment-list below.

I prepare such a list before each project, because as a collector you often acquire things which are not actually needed. This list serves as a "plan", which tells the collector exactly what is needed for the finished diorama.

The finished mannequin will look like this if everything will be ready:

On the following pages I will list, similar to a blog, all news about this project. I will also start a separate search list for this project. So it's worth taking a look! :-)